This e-book was created to guide an ever-increasing number of people towards revealing teachings for the Awakening of Humanity, transmitted from the Source, defined as Omnia, through the Elohim of Light, fractal qualities of the Source itself, from Melkizedek, the Ever Coming and by Cosmic Master Healers.
The teachings come to us as Verb and Energy, through Darshana and its Field of Consciousness, which conveys them and spreads them in the world, as the Sacred Feminine bearer of the Sacred Sound in the EOS Consciousness Awakening Movement project.
EOS™, acronym for Systemic Holographic Energy, is the gift of the Source, it is the Energy of the Third Millennium, the New Genesis Code of Light for Bio-Cosmic Holographic Healing. A pranic source of Light-Frequency-Vibration-Information that comes for the Awakening of the Consciousness, the cellular reprogramming and the activation of the multidimensional soul DNA, the dissolution of karma, the raising to higher evolutionary states through brain waves and awakening of the seven minds, at a suvramental level of consciousness with the creation of the New Human-Divine Rainbow Species. 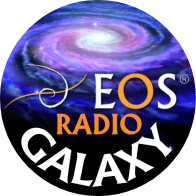